In a World Inspired by Ancient Rome-- The Martial Empire 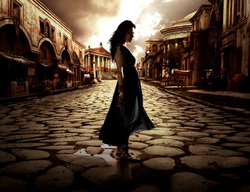 The Scholars' Quarter
All non-martials live in the Scholars' Quarter in Serra, the Martial Empire.  While these streets used to be filled with regular celebrations, family gatherings, and happiness, they are now filled with  sorrow for those homes who have been raided.  The streets are cramped together, making narrow roads, and more dust from the desert.  All over the quarter, built-in grates that are in the ground lead down into Serra's catacombs.
​ 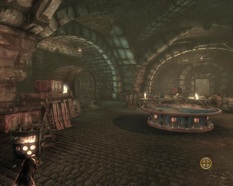 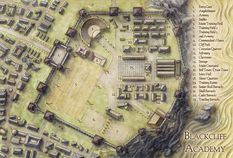 Blackcliff Military Academy
Blackcliff Military Academy sits atop Serra’s eastern cliffs, a cluster of formidable buildings surrounded by a black granite wall. Laia is moved to the Commandments house at night, which is located on the tips of the southern cliffs. The Serran Range desert lies beyond the cliffs. The house is dark, with simple furnishings. Blue lanterns give the house an eerie glow.  The Commandment’s bedroom is strewn with pictures of members of the Resistance that have crossed her over the years hanging on her wall. In this daunting school the only place that gives off a warm feeling is the kitchen, a wide, lit place with a constant burning hearth in it. The large school is like a maze, with winding, narrow, dimly-lit corridors in every direction.